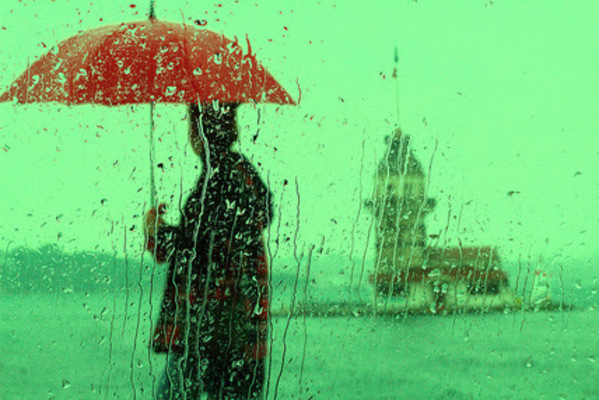 From now on, I’m going to try to treat every parting as if it’s the last time I’ll see that person on this earth -- because it may well be.

I met R. when her husband was a resident at the nursing home where I hang out. He was a dear, and she was instantly one of my favorite people ever. She was funny, sharp, compassionate, well-informed, loving, grateful, nuts about dogs and cats, a small-business woman with a keen understanding of the challenges entrepreneurs face. All this in a tiny little 80-something frame.

R. and I became friends, growing especially close after her husband died. We talked at great length over the phone, and saw each other every now and then – less often than I would’ve liked, but she rarely felt up to visits or outings.

I last saw R. in mid-July, when I took her to see her eye doctor. As usual, we had a great time every step of the way. She was greeted with great delight by both the doctor and his staff; she always made them laugh, and that day was no exception. Afterwards, we had lunch at her favorite restaurant, the Peach Garden – a dark little place with the best (and cheapest) Chinese food I’ve ever had. She had egg foo young; I had cashew chicken; we each took half our meals home; and she insisted on picking up the tab.

When we got back to her house, she invited me in for a piece of cake that she’d bought especially for the occasion. She didn’t insist, because she knew I had work to do, but she was so hoping that I’d have time for dessert – how could I refuse? It was Pepperidge Farm lemon cake, light and delicious, and we chatted away about her beloved cat, about the feral cats outside and a tree that she wanted to have removed, and as always about the Lord Jesus Christ. I tried to put our dishes in the dishwasher but as always she insisted I leave them for her. And then I hugged her good-bye and headed back to whatever was awaiting me in my home office.

She didn’t walk me to the door this time. I remember being glad that she was resting after what had been a pretty full day for her.

We talked on the phone a number of times throughout the rest of summer and into autumn. We couldn’t go out; she wasn’t feeling up to it, but she’d let me know just as soon as she was back on her feet and then we’d go back to the Peach Garden. Maybe next week, or the week after.

We last talked via voice mail a couple of weeks ago, playing a rousing game of phone tag. But last week she didn’t call me back. I phoned another time or two, leaving messages, and started wishing that I had the phone number of the niece who was her loving caretaker.

And then yesterday, I picked up the Sunday death notices and instead of starting with “A” as usual, flipped to the last page – and was at once stunned and not at all surprised to see R.’s picture, and the obituary she’d had me edit for her some months ago.

Her niece called me this morning. R. had suffered what sounds like a massive stroke. She’d been hospitalized for five days, unresponsive and beyond the help of medical science, and had died just three days ago.

I wish I’d known. They say people in comas can often hear, even if they can’t respond. And the hospital where she spent her final days is less than 10 minutes from here. I could have spent some time with her, talking with her about all the little things that always seemed to interest her so, and about the big things as well. I could have read her some wonderful passages from the Bible, including the one from 2 Corinthians 4 that we used to close her obituary:

Imagine, a far more exceeding and eternal weight of glory, and dear R. is now experiencing it! And I am left to regret that we never had a proper good-bye. Which is why I’m going to try, from now on, to treat every farewell as if it’s the last one for a time, until that joyful reunion in a land where “there’ll be no parting, beyond the sunset forevermore.”

Photos used with permission of Everlastingplace.com