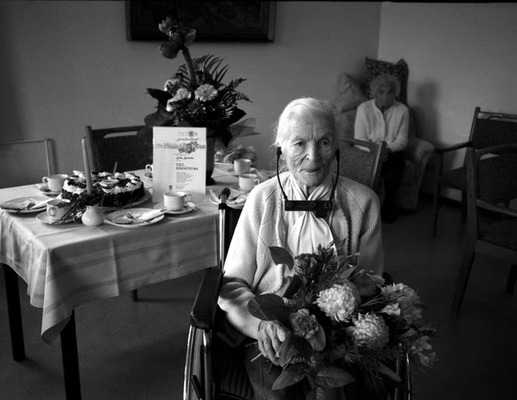 A couple years ago, I reported on what seemed to be a new trend in Germany : sending elderly nursing-home residents to live in much cheaper facilities in Eastern Europe.

Wondering if this is still an issue, or if Germany had perhaps come up with a better solution, I’ve spent hours searching for updates. But they sure are hard to come by. It seems that shipping an aging parent across a border or two, or even halfway around the world, is no longer a bit controversial; if it must be mentioned at all, it’s amidst a flurry of assurances that caregivers in poorer nations are very loving and far more attentive than those in the more “advanced” nations of the west.

for instance, we meet a Swiss woman who sent her mother to a nursing home in Thailand. She seems very pleased with the arrangement. “"The treatment is so much more individual, and, how shall I say, with love.” Plus, she is able to visit her mom at least twice a year! (Europeans’ devotion to vacationing comes in very handy in this situation.)

There’s a great deal of public fear about putting the elderly in nursing homes, the BBC story admits, particularly because of the potential for abuse. But apparently that fear vanishes when the homes are far, far away. “Thailand has a strong culture of looking after its elderly,” the reporter explains, disposing of that concern once and for all.

Indeed. I guess we are no longer a culture "looking after its elderly," now that Commandment #5 – "honor your father and mother" – has been amended with an important condition: “unless it’s too inconvenient or costly.”

After all, one German son featured in a cheery report found that he could ship his mother off to Slovakia for the duration without having to sell her house

part with any of his own money; her pension covers 100% of Slovakian care. What a deal!

Visiting doesn’t seem to be an issue, either. The elderly women mentioned in the stories I read all had dementia, and so allegedly were already unable to distinguish their kids from Adam. It’s unclear whether that’s always the case with these elderly exports. Unclear, too, whether the touch of a caregiver who doesn’t even speak your language would be an adequate substitute for your own child’s voice and embrace.

Given our nation’s economic and demographic realities, I’m guessing that we baby boomers may find out for ourselves before all is said and done.